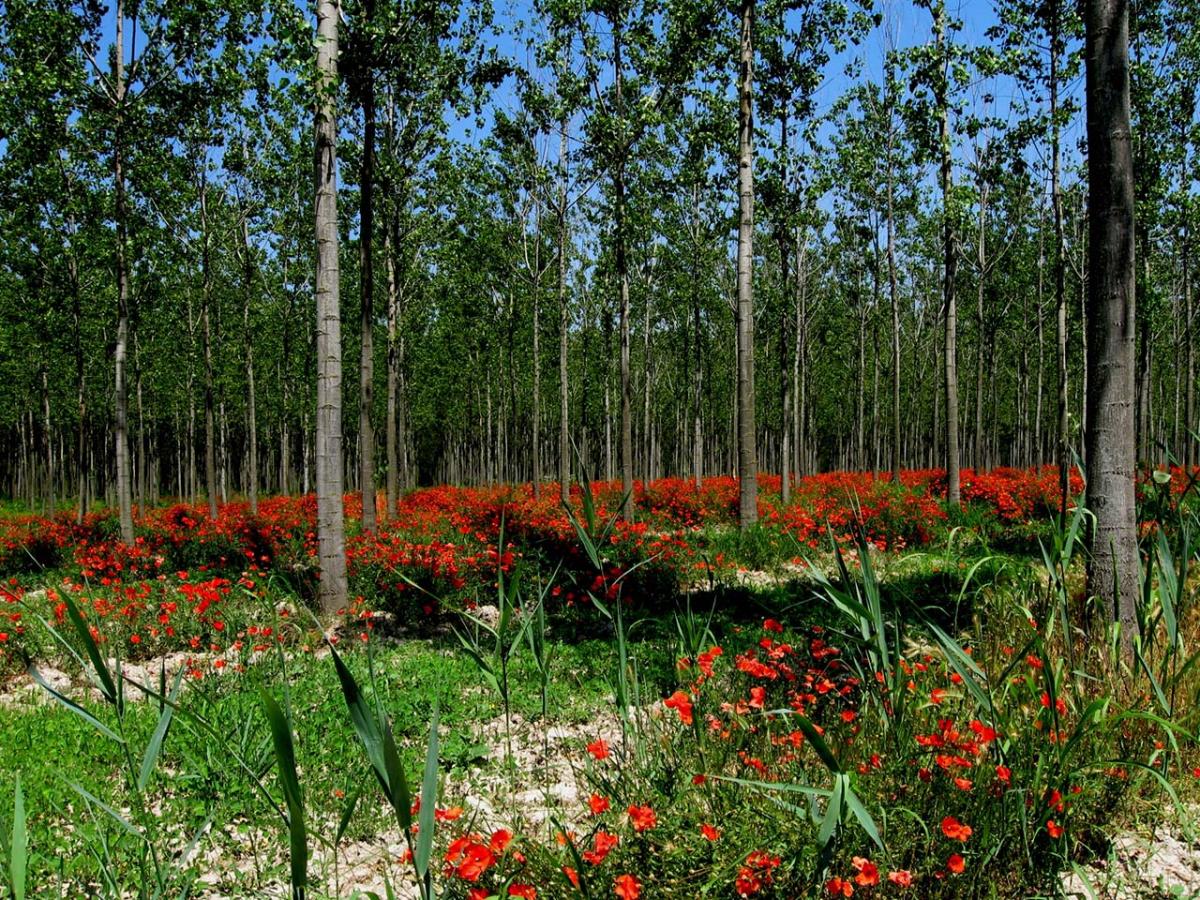 The Boscovecchio can be defined a Humid Area where you find many quarries surrounded by plants typical of the humid areas: creeping bentgrass (Agrostis Stolonifera) and bullrush (Typha Latifolia), this environment is home for many animal like kingfisher, hoopoe, wild duck and many other reptiles and amphibious. (Etc.)

The quarries can probably be dated back to 1882 when was necessary to extract soil from this area to build and reinforce The Adige River Banks after the big flood occurred the same year.( It was  3:30 AM  of the 17th September 1882 when the Adige River broke its banks at Angiari (Verona) close to the “Chiavica del Galletto”. Water flood destroyed all fields and lands of the lower Verona Area and the Polesine Area .The water reached the Tartaro-Canalbianco Channel and they broke their banks too flooding the villages of Bergantino, Zelo and Frassinelle.) …

We wish to highlight that in 2006 the segment of the Adige River that flows from Verona to Badia Polesine has been declared Sites of Community Importance ( SCI) due to its  plant life and fauna, it has been considered worth of protection from the European Community for its Environment and for the plants and animals that live in this Area, it represents a reference point for birds that fly along the Adige River during  migration.

In this Area we also find evidence of ancient Paleo-Channels: for example Via Restara was in the past a road that run along a channel called, as shown in an old document dated 1286, “ Serato  Channel”. This channel was an ancient deflection of the Adige River that merged into the “Villafora Channel” the ancient name of the still existing Ceresolo Channel. These evidences prove that the Area has been crossed in the past by many Paleo-channels which has modified the geographical appearance several time...To know more visit the website http://www.ventaglio90.it/articolo.php?id=919

Pedretti Quarry, totally naturalized and located inside our 555Ranch property, has been included into the WWF and Lega Ambiente List of Areas considered of great scenic and environmental  interest (same as Pretato Quarry). A rich and huge presence of creeping bentgrass (Agrostis Stolonifera) and bullrush (Typha Latifolia)  offer protection to swamp chicken, while in the pond live numerous Anatidae and Ardeidae like the little Bittern for the joy of birdwatching lovers.
To know more visit the website http://www.ventaglio90.it/articolo.php?id=919

The “Strada del Morto” (Street of the Dead Man)

Don’t let the name cheat you. First of all this place is really evocative, thanks to a line of trees growing tall and majestic, the name of the street come from the fact that it follow an ancient Paleo-channel: a branch no more active and so called “dead”.
To know more please visit the website http://www.ventaglio90.it/articolo.php?id=919

To walk along the “Street of the Dead Man” is very pleasant, but it is on its final part that we discover the most interesting secret: a portion of the street is paved with red diagonal bricks.
To know more please visit the website http://www.ventaglio90.it/articolo.php?id=867